The Unusual Suspect
by Ben Machell

The true story of a man from the 21st century who tried to steal from the banks and give to the poor.

The Unusual Suspect is a true crime novel that explains Stephen Jackley’s encounters with the mystical, his aspirations to be a living Robin Hood, and his downfall. The redeeming part is that the criminal subject is not a fundamentally bad person. His morals are within the bounds of “normal.” Jackley is intelligent, roguish and ultimately was too naive to succeed as a criminal.

The prose is invisible and journalistic, as expected of Time Magazine contributor Ben Machell. Machell depicts a 360-degree view of the subject at hand: Jackley’s unstable upbringing, his social misgivings, his joys and sorrows, mistakes that got him caught, and the trauma caused by relatively tame and harmless acts.

A specialist bomb disposal team arrived and, very slowly and very carefully, approached the device Stephen had left behind. The surrounding streets were now silent. An officer in a blast suit reached out to open the bag. Seagulls cawed overhead.

Finally, upon close professional examination, something became very clear: This was not a bomb. It wasn’t really…anything. Just a couple of plastic bottles filled with Coca-Cola and milk. 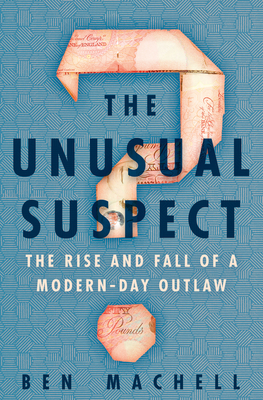 The events are recounted out of order, which I suspect is an artistic decision, but I found it disorienting. It took away from the initial thriller aspect, and Machell peppers us with droll prison life in contrast to the vagabond life.

The book does overexplain the climate change controversy and our early 21st century’s pending economic collapse. I felt it was heavy-handed, but there are people reading about these concepts for the first time, so Machell must be diligent. I agree with Machell’s messages, but if you believe capitalism is the greatest thing since sliced bread, you’ll probably think this book is virtue-signaling.

Jackley was later diagnosed with Asperger’s syndrome, and the author felt he had to clear up misconceptions, such as the false belief that anti-social behavior is caused by autism, or that autism leads to criminal activity. If you’re not familiar with Asperger’s or autism spectrum disorders, the novel does a good job explaining it, but a criminal perspective is not the best kind of introduction! I still recommend educating yourself diligently and open-mindedly.

I’ve knocked down the rating due to extra rambling on the economic climate rather than staying on subject, but The Unusual Suspect is worth checking out. If reading about murderers or sex offenders has you fatigued, a heist story rooted in modern times will be a good change of pace.