A peasant girl enrolls into a competitive military school and learns secret techniques to fight in an upcoming war. 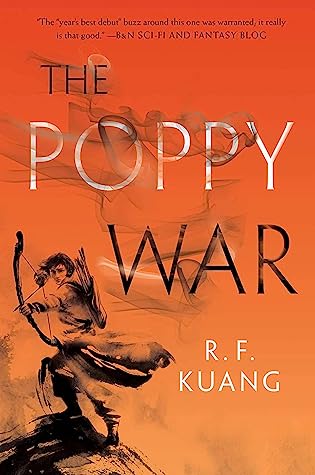 The prose has a simplicity that is reminiscent of YA, translated works, or thrillers. Nothing special that jumps out to me. Given the author is Chinese-American, I can sympathize that the desire to be understood across cultures trumps the desire to complicate with language.

Worldbuilding is dumped heavily in the beginning, and many characters are introduced without many interesting moments to highlight or understand them. Characterisation and imagery aren’t strong suits of this novel, as it mainly covers the action and mechanisms of warfare. I feel like the book could be more effective if it skipped the bird-eye view of global combat, which made it textbook-like.

The action is fast, and there are some interesting implications about perpetual suffering. It becomes chewier later, but overall it feels a bit rushed. The atrocities described are allusions to the Nanjing Massacre. For me, learning about the real historical atrocity was much more potent and nauseating than re-reading a fantasitisized version.

Some pros to the story are that there’s no romance, and the consequences of each decision are sensible and weighty. If you want a gritty war story that doesn’t beat around the bush, try this book.