Door to Door
by Edward Humes

A book about transportation and the movement of goods in American logistics.

It’s very American-centric, mostly hinging on LA, California. Several chapters are dedicated to the flaws and dangers of wasteful, ego-driven car ownership, which is very much an American problem. 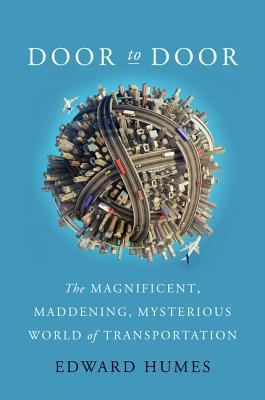 The arguments that support self-driving cars are compelling. It’s interesting, if not a bit long-winded. The author was eager to spout on the intricacies of every logistical routine he had encountered, which was a bit boring. I read what I wanted and skimmed what was irrelevant.

I also noticed that recent successful urban planning projects featured many women leaders. Humes made a dig at the last 50 years of political, “bigger-is-better” attitude that has shaped our city planning policies. The women were more focused on human-centered approaches and “common sense.” One chapter is titled “Ladies of Logistics.” For the most part, there isn’t much gender politics.

While gender isn’t explicitly stated, I wonder that if American logistics and city committees had women involved at the beginning, we wouldn’t have so many conflicts with traffic now. It could also be that the US is mainly a capitalist culture from the get-go, with the pros and dooms of sacrificing sensible decisions for attention. This is my personal observation from reading this book.