The Library at Mount Char
by Scott Hawkins

Cruel and usual punishment doled out by a loving Father is one way to raise some angry kids and end the world. 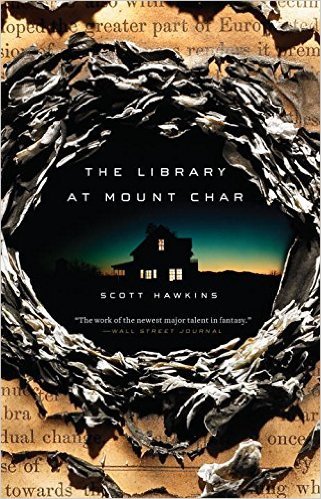 This book is a real trip. It deserves a lot of praise for having an intriguing hook and carrying the premise through.

The dialogue and narration are superb. Mythological aspects of an alternate dimension are also fun to read about, and despite some gruesome torture, the book’s overall tone is half absurd. It’s also lighter on the brain, as it doesn’t introduce too many foreign linguistic terms like the book A Clockwork Orange would. TLAMC has decent world-building for being a mix of contemporary and mythological.

There was something about her now, something like a hooded cobra, swaying.

The plot wavers around the climax. The climax features a side antagonist instead of the main antagonist, which felt like a weird decision on the author’s part. I also felt like the usage of time manipulation wasn’t that well done, a bit “handwavey,” because it stole a large chunk of character development from the protagonist. Like side characters have more backstory than the protagonist because of… memory loss? Then the explanation got hammered in at the end. Bleh. Maybe it’s just me, but I found this “memory loss” trope a bit annoying. I guess the author wanted to focus on areas they are better at handling.

As I’ve mentioned, despite the story having a cosmic horror bend, it has genuine funny moments that come from character development. In a way, you could say that TLAMC is a love letter to childhood, with a mysticism similar to The Chronicles of Narnia. Except a little more apocalyptic and less kid appropriate.