A Shameful Life
by Osamu Dazai

A man in despair tries to assuage his loneliness, but gets entangled with scandals and debauchery. 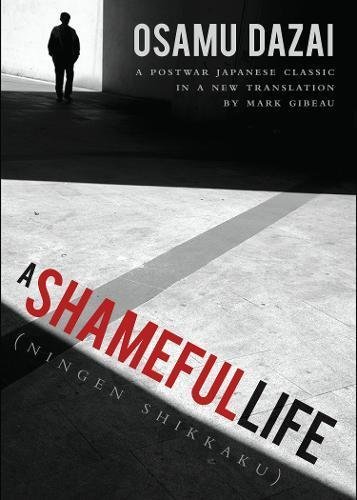 Originally titled Ningen shikkaku, I read the more recent English translation by Mark Gibeau. In a way, this book has a similar feel to The Stranger by Albert Camus. A Shameful Life is a 1st-person narrative from a man who wanders around like an alien to society.

The moment I was asked what I wanted I ceased to want anything at all.

The novel does not have a defined plot, or it has what I would call a French plot. The narrator does not die, per say, but the story ends abruptly with no closure.

Just as when people go on about how if you throw away three grains of rice with your lunch and ten million other people do the same then so many bushels of rice are wasted, or when they say that if ten million people conserved just one tissue each day then so many tons of pulp would be saved, and so on. How terrified I used to be of this kind of “scientific accounting.” Whenever I wasted so much as a single grain of rice, each time I blew my nose I was haunted by visions of a mountain of rice, of mountains of pulp going to waste. I grew despondent, as if I’d committed some terrible crime. Yet, in the end, these were but “scientific lies,” “statistical lies,” “mathematical lies.” Nobody was going to go around and collect each of those three grains of rice.

The protagonist’s alienation is very profound, and his paranoia and attitudes towards women are also misogynistic and unsavory. If you keep reading, it becomes more ironic than insulting, when he holds so much contempt for his friends too.

Overall, the translation is well-written and the perspective is unique. Dazai manages to nail the introspection without being too long-winded. If you are looking for a curiously bleak trip, then A Shameful Life would fit the bill.