Featuring a non-human protagonist, the imposing Garth has a simple wish: to be remembered well. 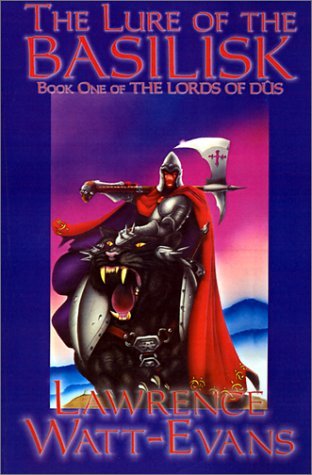 The Lure of the Basilisk is a story about a bat-like, 7-foot-tall dude who goes on a fetch quest. Although his path is wrought with formidable villains, Garth has a trusty steed cat to accompany him along the way. Part of the adventure fantasy genre, sword-and-sorcery, it’s a light-hearted palette cleanser that takes one step at a time and doesn’t ask too many questions.

As for prose, the tone is distant and documentary, which can be good and bad. On one hand, the filtered narration inflates word count, but on the other hand, it’s entertaining if you imagine it with David Attenborough’s voice. Overall a smooth read, without complicated syntax. The word choices can be ornate and test your berth of vocab, but that’s the flavor the author chose.

The steps halted abruptly, and Garth realized that the man must have heard the hiss of steel against leather. He flattened himself against the right-hand wall, sword held ready. A moment of silence, then the steps began again; this time they advanced slowly and cautiously. At the fourth step Garth judged that his unknown visitor must be well within reach of his sword. At the fifth he tensed, and at the sixth he sprang out to confront the newcomer.

Overall, there’s a few lucky plot conveniences which deflate tension, so I wouldn’t call it an amazing, game-changing story. However, that’s admittedly a high standard on my part. Dungeon-crawling Basilisk gets into the trenches while you read from the comfort of your room.